VirtuLive Studios™ has an innovative Virtual Audio & Visual Production department that is capable of producing:

These services include unique virtual set designs based on the theme of the event.

Virtual Concert at a Virtual Venue

VirtuLive Studios™ produced a Virtual Concert at a Virtual Venue design by our Technology Team. The concert featured Adrian Crutchfield & Sylver Logan Sharp. Each musician was in a different location & performed together real time over the internet via our low latency internet audio & visual collaboration technology.

VirtuLive Studios™ produced a Virtual New Years Eve Show hosted by Jessica Lynn & DJ Invisible for American Music Abroad and the United States Department of State. It included bands performing live & in real time over the internet from their individual homes using VirtuLive Studios’ Low Latency Internet Audio & Visual Services. These live performances were multi-tracked as their audio was being transmitted over the internet which is an added feature of VirtuLive Studios. The audio recordings were later mixed & mastered for this production to be live streamed on New Years Eve.

In addition, each band member was projected onto a Virtual Stage in Times Square using green screens and their laptop cameras. The virtual set & visual production is the creative services of the Virtual Productions Department of VirtuLive Studios.

This is a 6 minute video of a 2 hour Virtual Birthday Party that was held on a secluded island designed & created by VirtuLive Studios. This event included: A Virtual Escape Room, Live Entertainment by “MidiFunk Band”, Virtual Family Feud, Magic Show & Live performance by DJ Invisible all before a live audience on Zoom.

Our Virtual Visual Production Department has the ability to create customized virtual sets for virtual conferences or virtual speaking engagements. This would be far more visually appealing and impressive than viewing the standard static boxes of Zoom. These virtual sets use green screen technology and allows presenters/speakers to appear in a theater screen on stage.

Below are some sample virtual sets that can be used for virtual conferences. 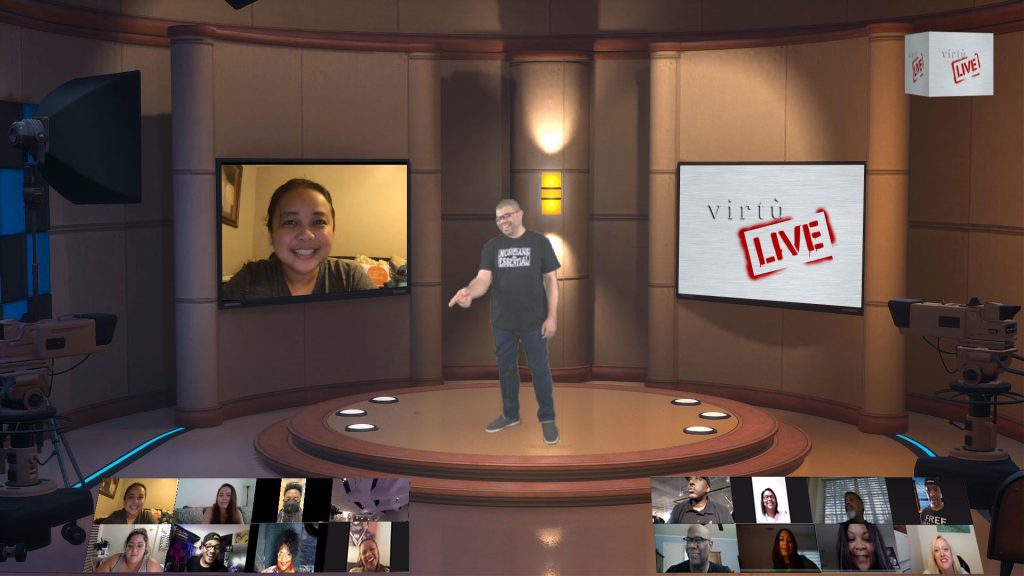 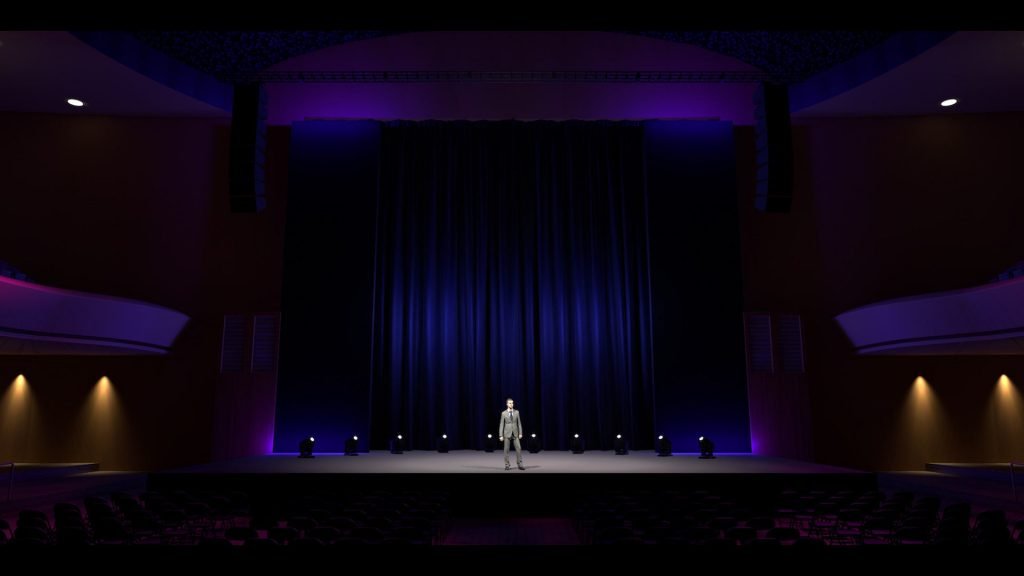 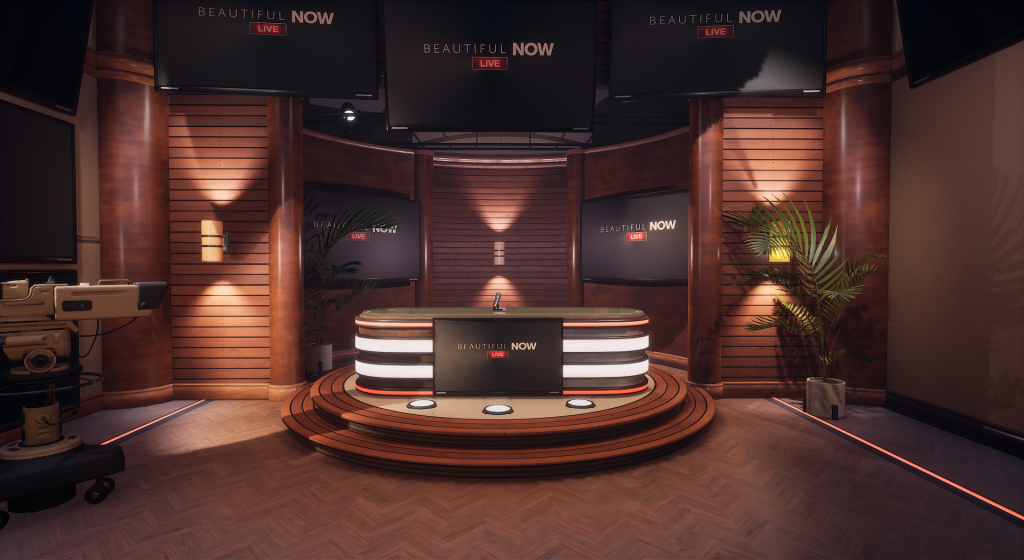 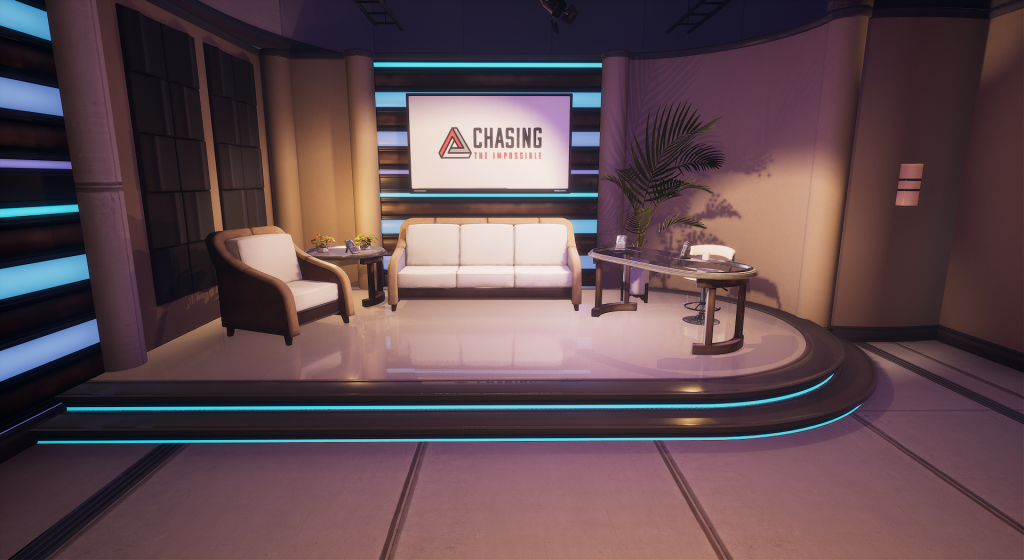 You are about to be transferred to a 3rd party website

If you agree, press the “Continue” button below. Otherwise click the “X” on the top right to cancel.